Do Barndominiums Rust? | What You Need To Know

Many of today’s barndominiums are built with metal frames. The steel posts provide increased durability and allow for larger designs. However, as with any metal structure, you may worry about the risk of rust.

So, do barndominiums rust? A lack of maintenance, poor construction, or severe weather may expose the metal to oxygen and moisture, which promotes rusting. Luckily, there are ways to protect barndominiums from rust and deal with rust that has already formed.

To prevent rusting, it helps to understand how and why it occurs. Rusting is the term used for the corrosion of iron and iron alloys, including steel.

Corrosion is a type of chemical reaction that occurs when iron particles in the metal are exposed to water particles from humidity, water vapor, rain, or leaks. The acidic electrolytes in the moisture oxidize the iron particles.

As the metal is exposed to oxygen, electrons from the oxidized iron particles create hydroxyl ions, which leads to the formation of hydrous iron oxide (rust).

How to Protect Barndominiums From Rust

Rust is caused by moisture, which can reach the metal frame of a barndominium in a variety of ways. Some of the most common issues that lead to rusting include exposure to:

The steel supports used to construct a barndominium frame typically feature an anti-corrosion protective coating. The coating protects the metal from the acidic substrate and harsh environments. However, natural wear and tear and surface damage can expose the metal to moisture.

The steel frame of the barndominium is typically surrounded by wood panels, drywall, and some type of exterior siding. Unfortunately, leaks can allow water to penetrate the metal.

For example, a small drip from a plumbing leak may cause water to reach the steel posts or metal panels. Water may also reach the metal frame through the roof.

It is also possible for clogged gutters to cause leaks in the wall cavities. When rainwater collects in the gutters, it may start to pull the fascia away from the side of the house, exposing the exterior wood boards or metal panels. Over time, the rainwater may reach the wall cavities or even spread across the ceiling.

Direct and prolonged exposure to moisture increases the rate of corrosion compared to other common causes. Along with rusting, leaks may cause additional destruction, including water damage to interior walls and flooring.

If the steel posts or metal panels used for the construction of a barndominium are exposed to dirt, they may start to rust. Dirt contains oxygen and water, especially after rainfall. Some soils are also more acidic compared to others, which promotes faster corrosion.

Dirt is more likely to reach the steel frame due to poor construction or surface damage. With a typical barndominium, the steel is shielded from the elements with some type of siding while the lower portions are anchored directly to a slab foundation.

Another common cause of rusting is atmospheric corrosion. This occurs in harsh or humid environments where metal structures are exposed to increased humidity and water vapors.

Atmospheric corrosion can occur in any part of the country. However, it is more of a risk in areas near large bodies of water, such as oceans and lakes.

Living near an ocean poses more of a risk, as the ocean water contains salt, which increases the rate of corrosion. Saltwater contains additional electrolytes, which allows the iron particles to lose electrons quicker.

Even without direct exposure to water, high humidity levels in the environment can cause condensation and moisture to form inside the wall cavities. The moisture is more likely to collect around crevices, including joints, washers, and fasteners.

Keep Moisture Away From Your Barndominium

Rain, leaks, humid environments, and dirt all have one thing in common – moisture. To protect your barndominium from corrosion, you need to keep moisture away.

Frequently perform a visual inspection of the exterior of your barndominium. Look for any signs of roof damage, such as peeling or curling roof tiles or shingles. Gutters should also be cleaned regularly to protect the roof and the rest of the property.

Plumbing issues should be dealt with quickly to minimize water damage and the risk of corrosion. If you continually hear water running through the walls when no one is using a sink or tub, you may have a plumbing leak.

Protecting against dirt and mud involves keeping the exterior around your home free of debris that may damage the siding and expose the metal panels. You may also want to consider adding other features around the property to shield against dirt, such as decking or a plant bed.

Atmospheric corrosion caused by humid environments is more difficult to prevent. In coastal areas, use galvanized steel fasteners and posts. Galvanized steel contains a special protective zinc coating, which is applied by submerging the steel in molten hot zinc.

Additional steps for preventing rust include reapplying a protective coating on metal surfaces and using a rust-inhibiting paint on metal walls.

How to Deal with Rust on a Barndominium

If rust has already occurred, continue to follow the recommendations discussed to minimize the spread of the corrosion. Deal with any leaks and surface damage to the barndominium.

There are several methods for removing rust from metal surfaces. The DIY method involves using vinegar, as the acid in the liquid eats away as the result. You can also purchase rust-removing chemicals that come in powders or liquids.

The vinegar or chemicals are applied to the surface and scrubbed with a steel brush. After scrubbing away the rust, dip the steel brush in bleach to remove any mildew.

Power wash the surface to eliminate any dirt or grease. Thoroughly dry the surface with a tack cloth and apply a protective coating.

The bottom line is that rust is a risk for steel barndominiums. To minimize the risk, you just need to keep an eye on your property and deal with any signs of damage quickly. 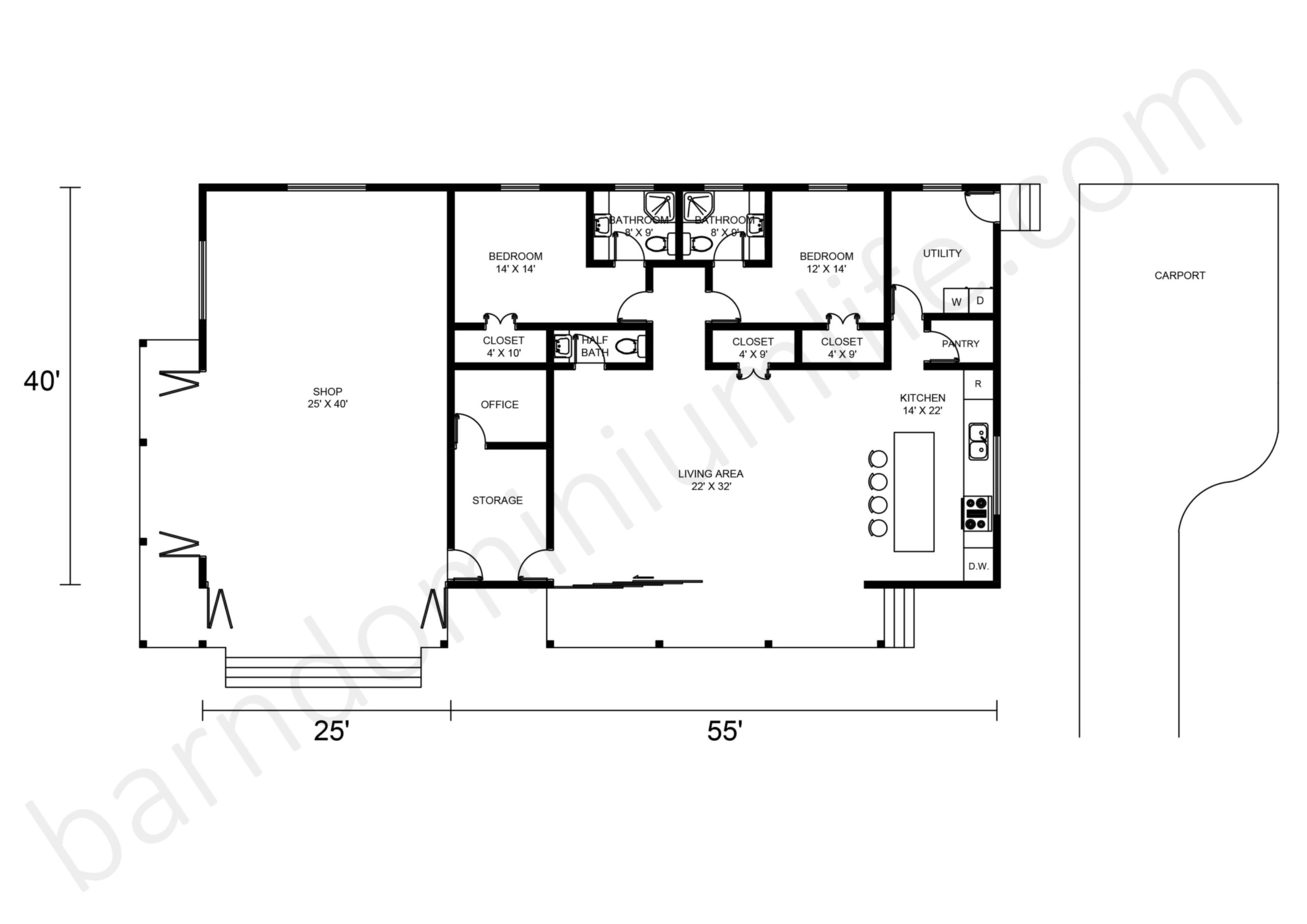 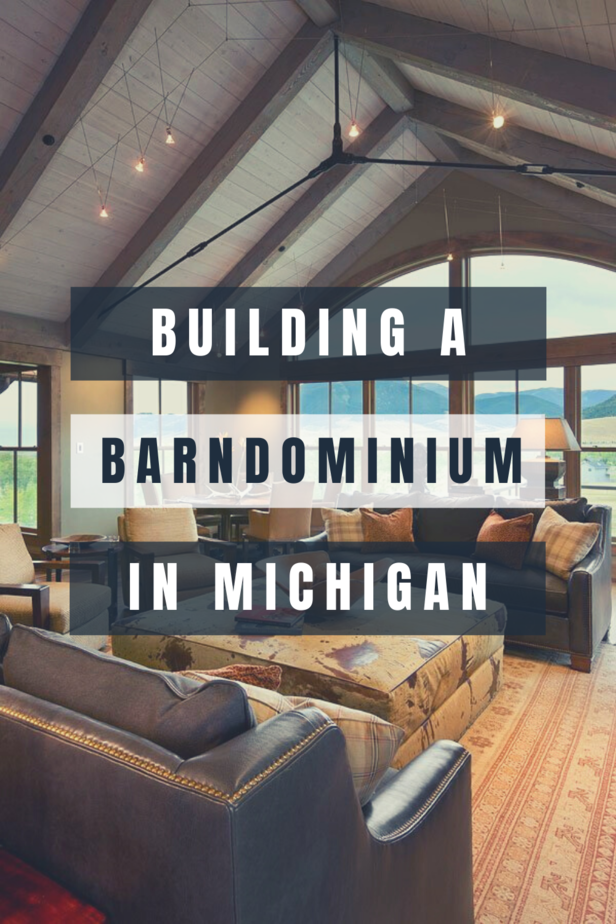 Next
Building a Barndominium in Michigan | Your Ultimate Guide